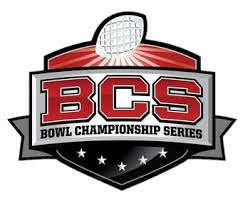 I know what you're thinking.  Same thing I would be if I found this.  It's not even May yet!  Way too damn early for a CFB anything.

But... COVID-19.  Like everyone else, I'm stuck at home with my kids.  Shortly after this all started, we started watching old football games on Youtube.  One such game... no idea how we ended up on it... last year Akron vs. Miami.  I'm pretty sure none of us... myself or my 3 teenage sons, had never actually watched either of these teams.  My youngest pointed out that Akron is the worst team in the Power Rankings every week.

Akron lost, but it went down to the wire.  And by the end of the game, you;d have thought we were watching Rudy. We had hit the boredom point where we were watching bullsh*t, so on a whim we warched every Akron game from last year.

Long story short, that spawned this idea.  One of those things you always want to do, but who has time?  Well, for the last 5 weeks... We have.  And even if no one sees it... it was a blast.

Every team.  Not the whole games, but the 8-12 minute condensed versions on Youtube.  I considered myself a knowledgeable fan before this, but I was not.

If you don't agree with where you find your team, click on their helmet. It will take you to (Thanks to the youngest doing whatever computer stuff it is that makes it do that) to a preview we did for each team.  We break it down for every team.

Corona has been a curse, and we pray for those lost and those who love them.  But we all may never get a chance to spend this much time with our kids again.  Trust me... take advantage.

So scroll down, find your team, and see where we see them.  Still don't agree?  Comment!  Not like we don't have time to argue football!

Click Your Teams' Helmet to go to their 2020 season preview!